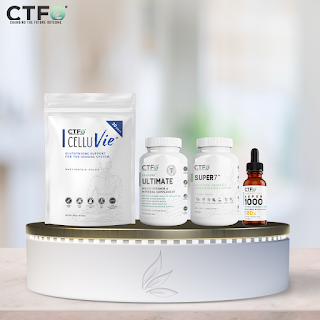 WHY IS CTFO CBD OIL THE BEST QUALITY PRODUCT?  Here's our top 10 reasons we believe  CTFO has the best quality CBD Oil but first, a little welcome and thank you from me. 😊 1. Our CBD is made from NON-GMO, PESTICIDE FREE, CO2 Extracted Hemp Oil using only organic ingredients. 2. All of our products are manufactured in the U.S.A. in a registered G.M.P. G.M.P. stands for Good Manufacturing Practices and refers to a system of manufacturing that guarantees reproducibility of product quality to set specifications 3. They are manufactured in a cruelty-free facility. That also means there is no testing on animals done in our facility; that’s a big issue – especially in the skincare industry. 4. CTFO does 3rd party independent lab analysis and posts the reports on our website—proof of potency and purity. 5. We use only the best, highest quality, purest organic Hemp, and we don’t use any high heat processing that reduces the potency or efficacy of the CBD. 6. Our CBD Oil is a combination o 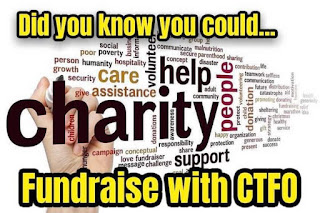 A new way to support your community. At CTFO we have created a brand-new way to help you support your favorite organization by simply shopping for products you already use!  Gone are the days of having to manage paper catalogs, collecting people's money and having to deliver their product to them!  This is digital fundraising done from the convenience of any smart device or computer.  Products are delivered to the customer's door.  This is a transfer buying with a purpose! We offer a free Wholesale Buyers Club with over 80 products for health, skin care, weight loss, pets and more! When you make a purchase from your organization's site they will earn a percentage of every dollar you spend.   Our products are amazing GMP Certified and are things you already use everyday (or should be).  Plus better pricing and quality than you will find from typical retailers! Since many of our products are designed to be purchase monthly, your organization will continue to make money on ev 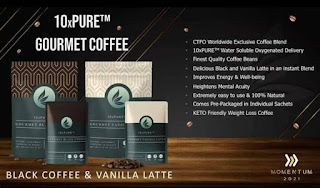 Black coffee drinkers. Iced Coffee, Cold Brew drinkers too! All coffee Drinkers Wanted at  CTFO  immediately! CTFO brings CBD coffee to the CBD industry, like nothing you've seen before.  CBDa plus 10xPURE patented technology, CBD infused drinks.  The worlds first CBDa + 10xPure Infused Latte CBDa is 1,000 more effective than CBD alone Great coffee ☕️... great friends 👨‍👩‍👧‍👦... and a great income 💰 And best of all it’s FREE to participate! Get Paid For Drinking CBD Coffee! Join  CTFO  today! CBDa Coffee Coffee drinkers everywhere are invited to take part in the launch of an exclusive new collection of healthy premium coffees from CTFO. There is NO COST to participate and you can earn great commissions simply by helping other coffee lovers to enjoy our coffees. CBD coffee and non CBD coffee.  Participants will be given a free website, free marketing tools, free training, and access to free weekly webinars. This free opportunity is open to anyone who loves coffee and would like

I learned about CBD drinks and CBD coffee. Even CBDa vs CBD but what is CBGa?  CBD benefits the body but what can CBGa do for the body?  Bliss Extra Strength Happy  🌱Based on belief that the original cannabinoid acids produced in the hemp plant such as CBGa, are believed to be as much as 1,000 times more potent than their non-acid counterparts such as CBD. Cannabigerolic acid, (CBGa) is the precursor to CBG.  🏆 CBGa is often referred to as the mother of CBD and THC because, without some level of CBGa, no other cannabinoid would exist. 👊😍We present to you, Bliss-extra strength happy.  ☀️Bliss—extra strength happy has been formulated with our patented 10xPURE™ delivery process, enriched with 200 mgs of CBGa and includes a proprietary blend of full spectrum cannabinoids.  🔬10xPURE™ helps stabilize CBGa, not previously thought possible, and supports increased bioavailability, reduced waste and increased potency so you get what you pay for. BLISS –Extra Strength Happy! 😁 Your shortcut 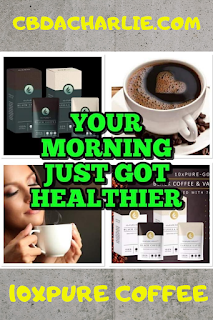 Is coffee healthy? How about CBD coffee? I love hot, sweet black coffee. My fiance loves her Cold Brew and Iced coffee.  CTFO  has CBD Coffee.  A new and worldwide exclusive collection of healthier coffees that are about to change how people everywhere start their day! 10XPURE HEALTHY Coffee !! COFFEE HEALTH BENEFITS A cup of your favorite coffee could improve your focus, concentration, weight loss, and mental acuity while reducing fatigue and even pain. If that’s not enough, caffeine from coffee has been shown to enhance fat utilization in the body, allow you to push yourself mentally and physically longer before exhaustion as well as improve strength and performance. Try our  CTFO  10XPURE CBD coffee! HEALTH BENEFITS OF 10XPURE COFFEE It’s not What you buy, it’s what you get! 10xPURE (Patented & Exclusive) helps ingredients get to their destination like no other product on the market. The three main elements that make up 10xPure Oil are Lauric Acid, Caprylic Acid, and Frankincens